What is Critical Social Justice (CSJ)?

CSJ, colloquially known as “wokeness,” is a specific theoretical approach that holds that there are hidden systems of power, bias and oppression in society that hold down marginalized groups. Such hidden systems of power occur because powerful people in society create knowledge that sustains their power, and that knowledge is encoded in our language and discourse. It also holds that marginalized groups that experience oppression are better able to see and understand the hidden sources of bias and thus define the oppression for the broader society. This approach has been politicized and institutionalized in numerous public and private institutions.

For more on CSJ, please read this article.

How did this ideology spread?

CSJ spreads through a variety of means:

Why is the imposition of CSJ a problem?

The imposition of CSJ is, in a word, illiberal. Liberalism allows ideas to be aired, debated, rejected or accepted. It enables scientific inquiry and open debate and discussion. And while we may take it for granted like the air we breathe, liberalism, like air, requires that we vigorously protect it from those who would do it harm. CSJ undercuts liberalism in the following ways:

It also, as we lay out in painstaking detail in our White Paper, fans the flames of antisemitism.

Is “cancel culture” prevalent in the Jewish community?

Cancel culture (defined as a culture of censoriousness that stifles the free expression of ideas) is prevalent in many institutions, from corporate America, to the media, to social service institutions to young adult literature, and it is no less prevalent in many Jewish institutions. In the organized Jewish community, racial justice concepts are rarely being openly debated, and instead are more commonly imposed by people who often mean well and think they are doing good. But the net effect is to create an ideological environment in which people can only dissent at great risk. It silences. Ask yourself when was the last time a Jewish organization invited a heterodox Black thinker to speak about racial justice issues who doesn’t toe the party line Why are we hearing just one view? When that changes, we’ll know that “cancel culture” has lost its spell.

Without a doubt, many of the supporters of CSJ are very well-meaning and operate out of a spirit of Tikkun Olam, the deepest aspiration to repair the world. But that does not mean that the ideology they are promulgating will actually make the world a better place.

Western societies were founded on small L liberal values–that is, the free expression of ideas. During the Enlightenment, the West became much more dynamic and free by encouraging open criticism and competition among ideas. Ideas survived because they contained truth and hold explanatory power, so people freely choose to adopt them.

When we undercut that liberal “operating system,” and cease to debate certain sacrosanct ideas (such as all disparity is the result of oppression or discrimination), we make it harder to address our real social problems. Indeed, the imposition of CSJ suppresses discourse and makes life worse for the people adversely affected by current conditions. If, for example, proponents insist that the only reason there aren’t enough minority scientists is because of discrimination, and they make it difficult to discuss more salient factors such as education and upbringing, then society may never take the steps to build a pipeline of minority scientists.

Why aren’t you focusing on illiberalism and extremism on the right?

There is plenty of illiberalism on the right and we can and do speak out about it. But we were created to address a specific ideology emerging on the left that has insinuated itself in many mainstream institutions, undercuts discussion and debate, and propogates antisemitic ideas and tropes. The threat on the right is different, some would say more severe, and requires distinct approaches. Not everyone or every organization should do everything. JILV will continue make it clear that we are concerned about threats on both sides of the ideological aisle, even if we focus on challenges on the left.

What do CSJ activists mean by white supremacy?

Until about 2017, white supremacists were people who burned crosses on church lawns and railed against “Mexican invasions” in the Daily Stormer, and white supremacy was their twisted ideology that deems whites the superior race. But the term has taken on a new meaning: today’s white supremacy refers to the white-controlled structures that perpetuate bias and disparate outcomes for minorities. Robin DiAngelo writes that “white supremacy is a highly descriptive term for the culture we live in; a culture which positions white people and all that is associated with them (whiteness) as ideal.”

What do CSJ activists mean when they say whites (and Jews) are complicit in white supremacy?

In the CSJ worldview, American structures and systems are pervasively racist. Propoents hold that racism in these systems is often invisible to the beneficiaries, i.e. cisgender, white, heterosexual males. These privileged people might mean well, they argue, but are genuinely unaware of the privilege they experience in a society that is rigged in their favor. The idea of complicity, then, is that the privileged classes–whites and, as the case may be, “hyper white” Jews–are complicit in a system that favors us and thus have a responsibility to disrupt and undo this system, to be, in the words of Ibram X. Kendi, “anti-racist.”

What do you mean by “liberal values” and “liberalism”?

To be sure, there is a lot of confusion about liberalism and liberal values. In the U.S., the term often refers to the ideological left. In the UK, it is often understood as “centrist,” and in Australia, it can be taken to refer to the conservative party. Small L liberalism, which we mean here, is a set of values that seeks to defend every person’s freedom, tolerate and even appreciate difference and recognize and value our shared humanity and see in it a moral responsibility to ensure that the same rights, freedoms, and responsibilities belong to everybody.

What can Jewish organizations do to be more balanced in their approach to civil rights and advocacy?

There is nothing in our critique of CSJ that suggests that Jews should not be actively engaged in reducing social and economic disparities, fighting racism and bias, and helping America to live up to its highest ideals. But that doesn’t mean our institutions have to embrace a dogmatic set of explanations for disparities. Jews can actively be opposed to problems in our criminal justice system, for example, without believing that all of these problems are a function of systemic racism. Jewish organizations can openly deliberate over concepts such as “white supremacy,” equity, gender critical ideology, lived experience, systemic racism, etc. Indeed, that is a hallmark of Jewish life. With a better and more transparent discussion, more Jews should be able to engage social justice causes in a manner consistent with liberal values.

How does the imposition of CSJ affect antisemitism and the Jewish condition? 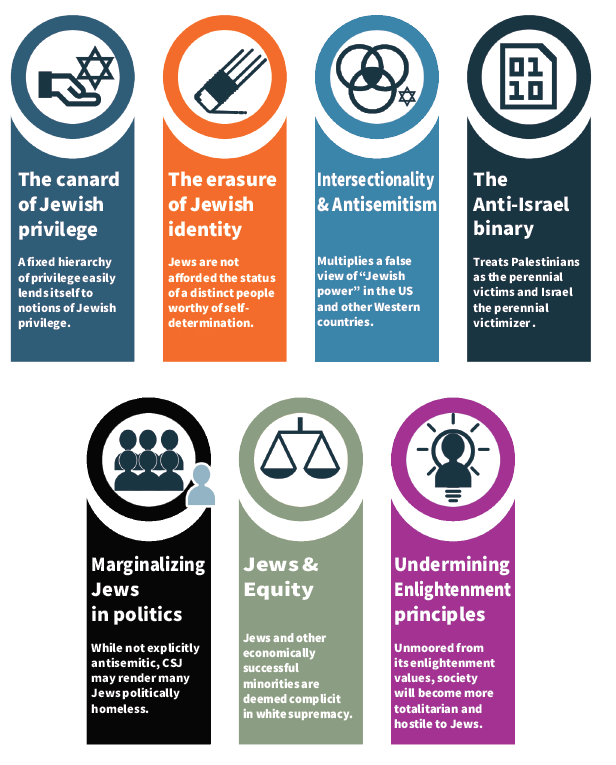 DEI training–Diversity, Equity and Inclusion–is often built on the assumptions of CSJ ideology. It can be highly coercive, placing social pressure on employees and others to buy into a specific understanding of diversity. What’s more, numerous studies over decades show that many common forms of DEI training fail to achieve the desired results. Organizations would be better served by exploring models of diversity that include “viewpoint diversity,” the idea that we don’t have to agree with each other on social issues. For more information, please email Info@jilv.org.

What is JILV trying to accomplish?

How can I make a difference?

Please reach out to us about any skills you bring to the table. We especially need people with video editing skills, and with writing, speaking, legal and research backgrounds. We are happy to coach you in facing problems in your own organizational settings and have done so on numerous occasions. Finally, we need financial resources to do our important work. We appreciate your support!

Please email us at info@JILV.org.

Foundation Against Intolerance and Racism 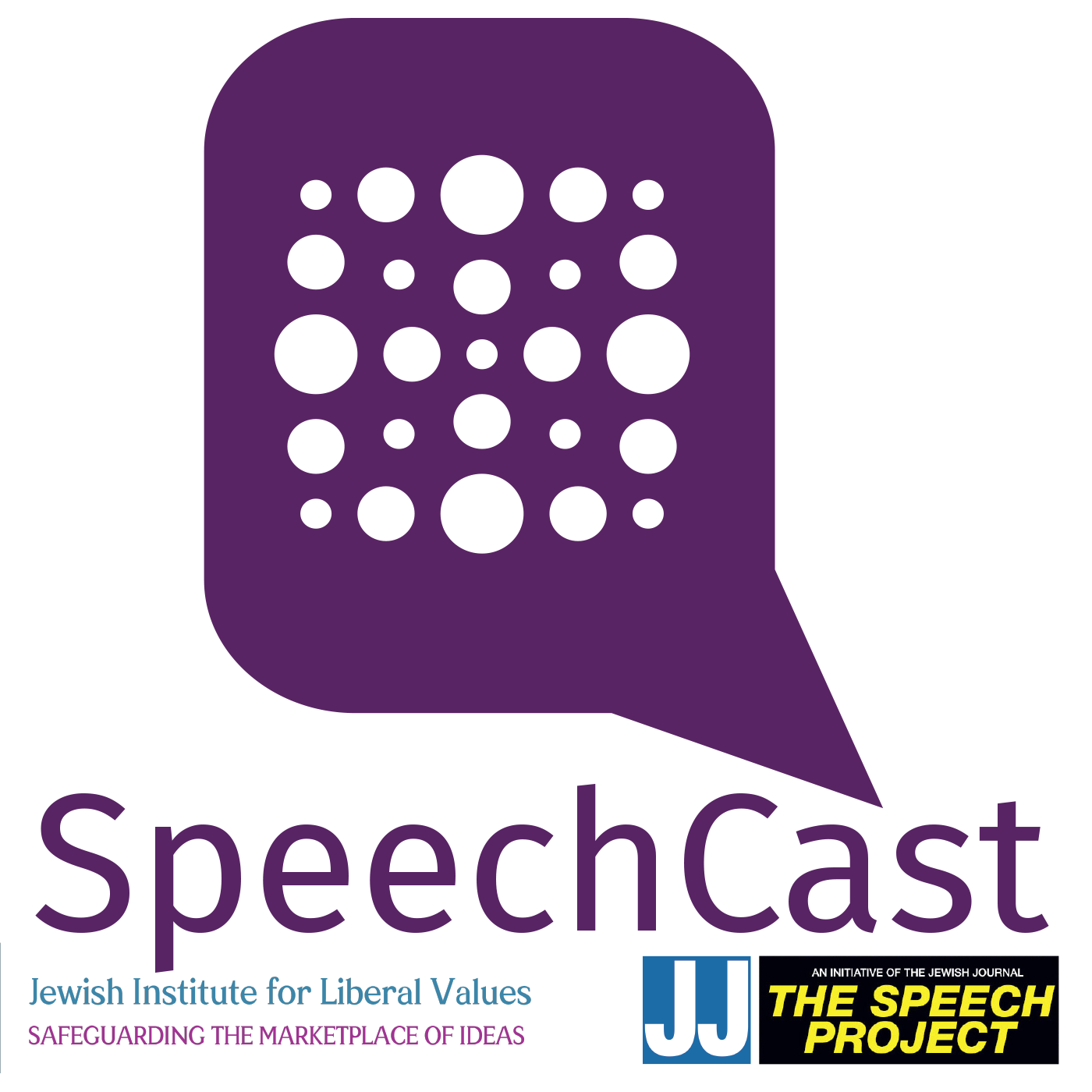 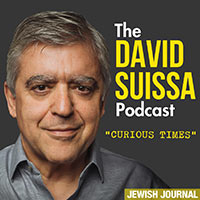 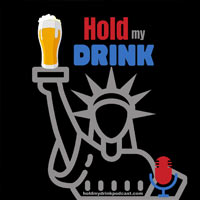 Jonathan Rauch On Dangers To Liberalism

by Andrew Sullivan | The Weekly Dish 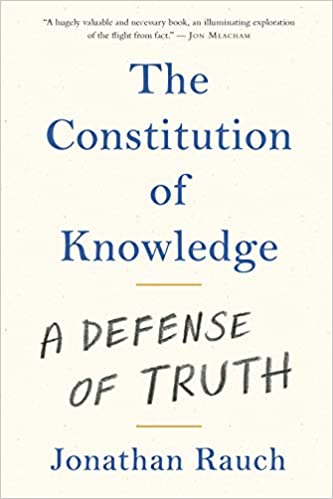 The Constitution of Knowledge: A Defense of Truth 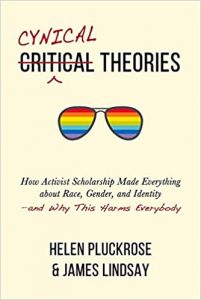 by Helen Pluckrose and James A. Lindsay

The Coddling of the American Mind

by Greg Lukianoff and Jonathan Haidt 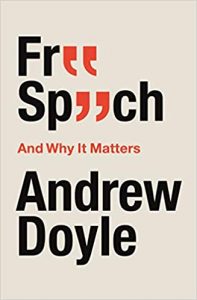 Free Speech and Why it Matters 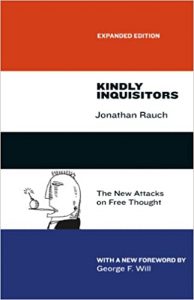 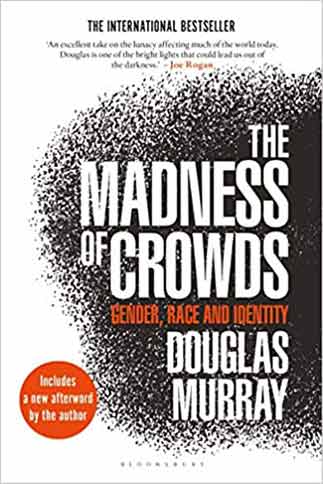 The Madness of Crowds

Diversity Dilemmas: How to have constructive conversations on the most sensitive topics facing the workplace and society

A 3.5 hour workshop in which facilitator Ilana Redstone lays out the challenges to communication when it comes to some of the most sensitive issues we face today. Ilana engages the group in a discussion about why, in spite of these challenges, creating a culture that allows such conversations to happen is more important than ever. She talks through where we get hung up when it comes to issues that range from identity to equality to intent and offense and she provides tools to get past the impasse and take the conversation to the next level.

Diversity without Division: How to build a truly inclusive culture by promoting open communication

A 4-hour diversity training designed to build a truly inclusive culture. Ilana talks through many of the words and behaviors that get in the way of this goal—including discrimination and an automatic deferral to feelings of offense—and provides ways to break them down and get past them. The program is built on the idea that there are multiple morally valid ways to understand the world. By fostering open communication and recognizing people as individuals, Ilana puts inclusion within reach.

There are a dizzying array of new terms, issues, ideological trends, dilemmas, and tsuris in today’s culture wars, and Jewish organizational life, for better or worse, is not spared from any of it. What are the main ideological issues at stake? What is Critical Race Theory? What are the conflicting narratives in American society? What issues must Jewish organizations consider in the days ahead? How might the Jewish community be impacted by it? David Bernstein, Founder of the Jewish Institute for Liberal Values, thought leader, and long time Jewish professional, will lead this two-hour Workshop over Zoom (in person workshops are also available).