David L. Bernstein, Founder and CEO of the Jewish Institute for Liberal Values, authored the forthcoming book “Woke Antisemitism: How a Progressive Ideology Harms Jews,” with a Foreword by the great Natan Sharansky. Woke Antisemitism is a firsthand account from a long-time Jewish leader about how woke ideology shuts down discourse, corrupts Jewish values, and spawns a virulent new strain of antisemitism.

David Bernstein has written an important book which deserves to be read widely and be thoroughly discussed in our community. This book is a powerful defense of liberal values….Bernstein’s treatment is nuanced and respectful, showing understanding for the goals even as he critiques the methods of woke culture and shows us cases where it leads to antisemitism.
– Rabbi Yitz Greenberg

David is available for interviews and appearances. 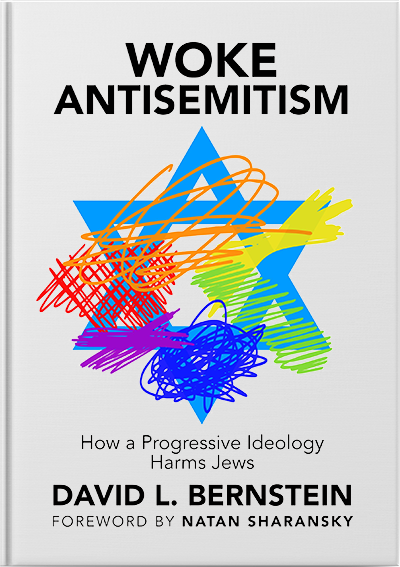 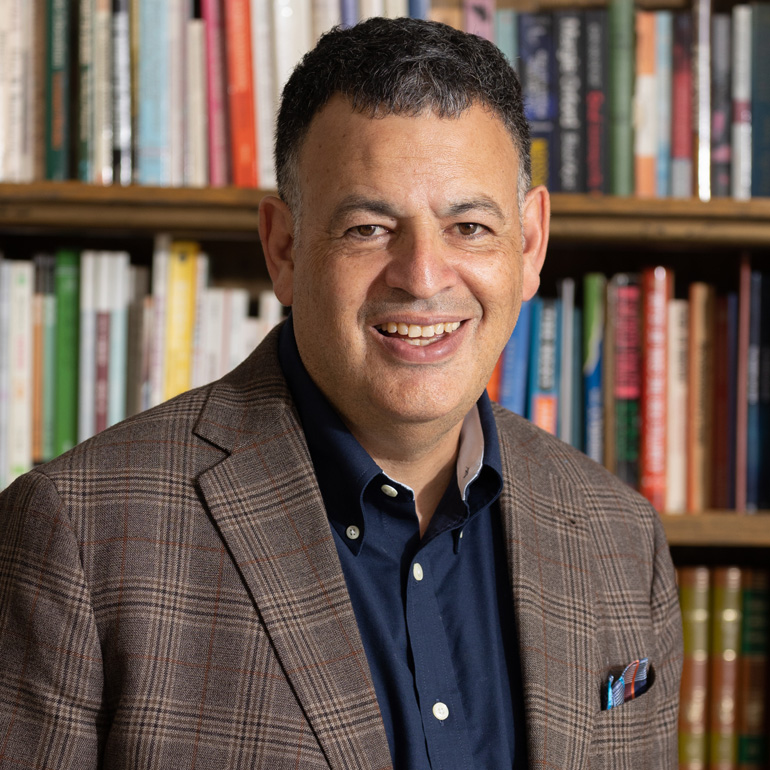 A passionate advocate for the free expression of ideas, David L. Bernstein is the founder of the Jewish Institute for Liberal Values (JILV), which supports viewpoint diversity, counters woke ideology in the Jewish community, and opposes novel forms of antisemitism emerging from woke ideology.

Bernstein served as President and CEO of the Jewish Council for Public Affairs, a national umbrella for local Jewish advocacy. He served as Executive Director of The David Project (TDP), which educated and trained college and high school students in pro-Israel advocacy. He also held senior roles with the American Jewish Committee (AJC), where he began as director of the Washington regional office and served in management roles, overseeing regional offices as well as national and local programming and advocacy.

Bernstein has been a leading advocate for Israel’s quest for peace and security on the legislative, diplomatic, media, and intergroup relations fronts.

Observations on the growth of woke ideology and its capture of key American Jewish institutions.
From his vantage point as a Jewish leader and professional advocate who has been on the front lines of many of the major political and ideological controversies of the day, David documents woke ideology’s ascent to dominance in the American Jewish community. He draws on personal experience to highlight woke ideology’s multiple manifestations, its corruption of Jewish institutions, its assault on Jewish identity, and the spike in Progressive antisemitism it has provoked.

Numerous rich examples and anecdotes
The book demonstrates how the ideology “captures” institutions and corrupts their core messaging, processes, culture, and sense of purpose, and how specifically this occurred in the Jewish community before and after the death of George Floyd.

How to open the eyes of Jews leaders and others to the ways woke ideology foments antisemitism.

David highlights several ways the ideology functions to fuel antisemitism, including linking identity to privilege, which lends itself to linking Jewish identity to “Jewish privilege”; advancing a concept of equity that holds that the only reasons for group success and failure are discrimination and bias, which implicates Jews and other successful minority groups; insisting that Jews are white and hence benefit from white supremacy; and otherwise viewing the world through the lens of the oppressed/oppressor binary. Until Jewish organizations come to terms with the causes of progressive antisemitism, the author argues, and cease trading in them, they’ll be fighting on both sides of the war on antisemitism.

Strategies to counter the onslaught of woke ideology and offer an alternative framework for Jewish advocacy and engagement.

David urges the Jewish community to pivot from its customary support of an ideologically-motivated social justice platform to embrace a platform of liberal democracy, to assemble a new set of non-Jewish partners who share a commitment to democratic ideals, and to push back against the extremes on both ends of the ideological spectrum.

What People Are Saying

“A provocative and reasoned warning about the rise of antisemitism and the precious legacy of classical liberalism.”

“Like moths attracted to the flames that can consume them, Jews have long sought salvation in ideologies that ultimately sought to destroy them. It happened with communism and is being repeated with young Jews’ visceral embrace of ‘wokeness’ that in the name of freedom and equality, snuffs out freedom of thought and equality for Jews. David Bernstein’s thoughtful and alarming account of precisely why and how ‘woke’ ideology threatens the Jewish people could not come at a more critical moment. One can only pray that those who most need to read this book do so before it is too late.”

David Bernstein has written a bold and important book, filled with in-depth research and personal experiences.  David spent years leading important liberal organizations.  His book resonates with intelligence and profound observations.  A must read for anyone who wants to understand trends in 21st century liberalism.

“I grew up in a place where the authorities proclaimed: “the proletariat of the world unite.” In today’s conception of intersectionality, haters of Jews unite. In the Soviet Union, there were good nations and bad nations. Good nations were part of the struggle against the global capitalists and bad nations were opposed to it. In woke ideology, there are good identities and bad identities. In this worldview, the most victimized identity is Palestinian and the worst identity is Israeli, that which represents the last colonial project. Intersectionality unites woke progressive theory with the most primitive forms of antisemitism.”

On Cancel Culture in the Jewish Community

“It wasn’t any one brazen act of cancellation aimed at a well-respected news reporter, a prominent data scientist, or a beloved poet that convinced me that woke ideology was out of control, wreaking havoc. I was alerted by my own growing sense of danger, the certainty that I and others could no longer safely express a discordant viewpoint. The high-profile cases of cancellation could easily eclipse the everyday reproach that stifles people and helps set the culture. High-profile cancellation campaigns like those targeting J.K. Rowling or Dave Chappelle, instructive though they are, allow cancel culture deniers to claim that cancellation is rare when, in fact, it’s common. Cancellation became a regular feature of social discourse. It occurs in tiny increments, in “micro-cancellations”—subtle, everyday tactics that shut people down. Micro-cancellations short-circuit authentic self-expression and result in fear-invoked self-censorship.”

On the Threat from the Right and the Left

“Critics of my and others’ work opposing woke ideology often claim that the threat of rightwing extremism is several orders of magnitude higher than that of the left, and that liberal critics of woke ideology are misguided in focusing on such piddly claptrap…Brookings Institution scholar Jonathan Rauch once likened the problem on the right to a heart attack and the problem on the left to a cancer. That sounds about right to me. Even if the threat to democracy is more serious on the right than on the left, that doesn’t mean we shouldn’t address the threat on the left. Someone has to fix the gaping pothole on your street even when there’s a more serious water main break across town.”

On Connecting the Dots on Woke Antisemitism

“While I didn’t immediately see the connection between the emergent antisemitism after the collapse of the peace process and this ascending model of diversity, I started connecting the dots in 2002, just a year after the antisemitic debacle in Durban, South Africa. In January of 2003, I, once again, wrote an opinion piece in the Washington Jewish Week that I could have written today: “Progressive ideologues,” I argued, “believe that only people with power can be racists. Under this winner-take-all power paradigm, the formula is ‘racism=bigotry + power,’ which means that you cannot be racist if you don’t have power, and if you do have power, you cannot be a victim.”

On Jews and “Equity”

“What could possibly be wrong with a term that sounds as benevolent as “equity”? Ibram X. Kendi defined the term in his best-seller How to be an Antiracist: “Racial inequity is when two or more racial groups are not standing on approximately equal footing.” Discrimination that produces equity, Kendi assures us, is anti-racist. At first blush, this may sound like a fine approach to leveling the playing field. But think through the consequences, and you’ll see how radical a departure it is from our traditional understanding of “equality,” when it becomes clear that not only is this view of equity bad for society, it’s detrimental to Jewish wellbeing.”

BOOK DAVID BERNSTEIN TODAY FOR AN APPEARANCE OR INTERVIEW